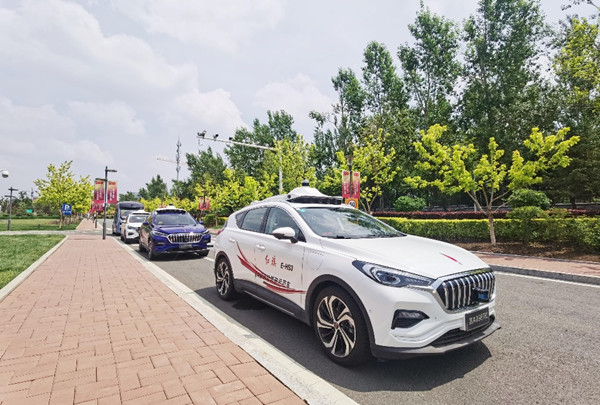 An unmanned Robotaxi, which is developed by FAW Group and has received 1,000 orders [Photo provided to chinadaily.com.cn]

FAW Group, a major auto manufacturer based in Changchun, Northeast China's Jilin province, raises the bar in autonomous driving with the Hongqi autonomous driving vehicles having been safely operated for more than 20,000 kilometers, and its Robotaxi receiving more than 1,000 orders.

The project represents a major innovation from FAW in cross-industry co-construction, cross-business cooperation and implementation within the scenario of smart city travel applications.

In the first phase of the project, FAW Group has built 10.5 kilometers of smart roads, and launched four Hongqi E-HS3 L4 unmanned vehicles, which have safely traveled more than 20,000 kilometers.

On the basis of safe operation, FAW Group upgraded its system according to smart city travel scenarios and started Robotaxi operation.

So far, Robotaxi has received more than 1,000 orders, and user feedback has been good.

In the next step, FAW Group will expand the scale of smart road construction, and increase the number of smart cars in operation. At the same time, the smart travel operation platform will also be open to the public.