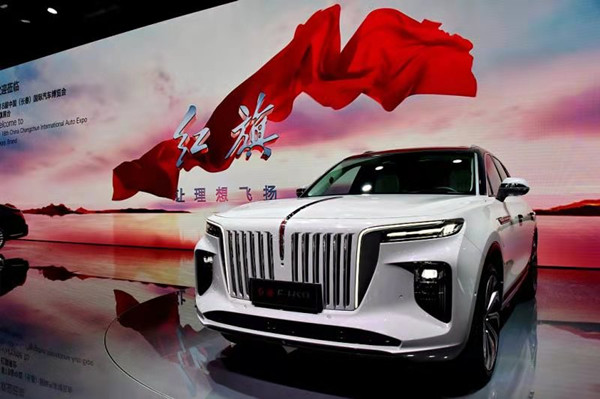 A luxury new Hongqi model goes on display at the Hongqi carnival, on July 10. [Photo provided to chinadaily.com.cn]

A total of 33,482 vehicles were sold worth 6.69 billion yuan ($1.03 billion) at the 18th China Changchun International Auto Expo, which concluded on July 18 in Changchun – capital city of China's Northeast Jilin province – according to local media reports.

Launched in 1999, the expo has been held 17 times now and has developed into one of China's five premier auto shows. It is regarded as an important springboard for international automobile companies to launch new models and technologies, showcase their brands and sell vehicles.

The auto expo provides a premium exchange platform for technical exchanges and commercial and trade negotiations for both domestic and foreign commercial vehicles, special-purpose vehicles and component manufacturers.

This year's event boasted an exhibition area of more than 200,000 square meters. The main venue, which was set up at the Changchun International Convention and Exhibition Center, exhibited 153 automobile brands, with 1,403 vehicles on display.