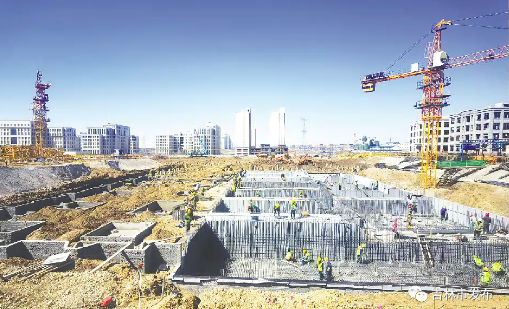 Construction work on a convention and exhibition center project is underway in Jilin city on April 25. [Photo/jlcity.gov.cn]

The first quarter is the traditional off-season for agricultural production. Following the implementation of policies and measures to restore pig production capacity, animal husbandry has become the main driving force for the growth of Jilin's primary production.

As an important industrial city, the fast-growing industrial economy is still the main driving force for the city's economic growth.

According to statistics, Jilin completed a fixed asset investment of 3.07 billion yuan in the first quarter, a year-on-year increase of 28.2 percent, which was 6.4 percentage points higher than the provincial average.