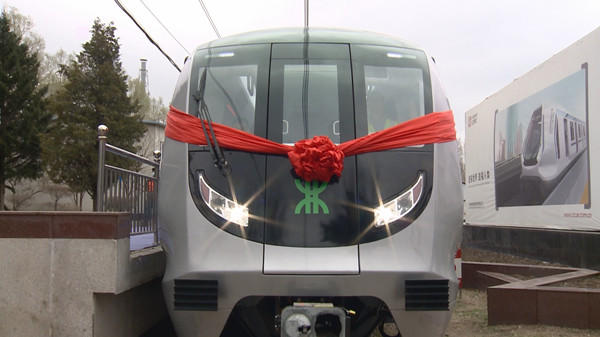 The first train for the Shenzhen Metro Line 20 rolls off the production line on April 17. [Photo provided to chinadaily.com.cn]

The vehicle, produced for Shenzhen Metro Line 20, has an A-type aluminum alloy drum body, with eight carriages and a maximum operating speed of 120 kilometers per hour. 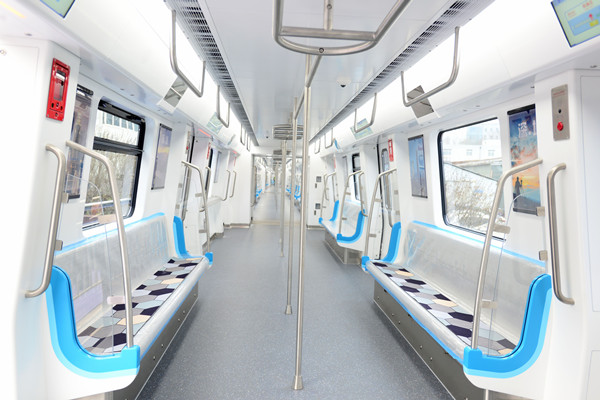 A view of the interior of the metro train for Shenzhen Metro Line 20 [Photo provided to chinadaily.com.cn]

In order to ensure the safety of its fully automated driving, the unit has adopted an ethernet control system. For the first time in China, it integrates five types of comprehensive detection systems  – including bow network detections, tunnel detections, boundary detections, track inspections and running department detections  – in order to monitor the real-time status of vehicles and provide a data foundation for intelligent vehicle maintenance.

Meanwhile, the train has adopted a series of measures to improve the airtightness of the unit and ensure the comfort of passengers when the vehicle enters and exits tunnels.

At the same time, the train employs sound-absorption and noise-reduction materials on the floor and side walls and controls the overall air circulation to further reduce noise during its operation. 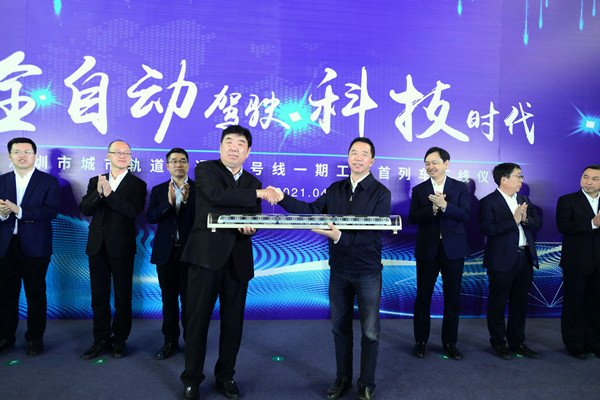 The first train for Shenzhen Metro Line 20 rolls off the production line in Changchun, Jilin province. It was marked by a ceremony held on April 17. [Photo provided to chinadaily.com.cn]