By: Han Junhong in Changchun and Zhou Huiying(chinadaily.com.cn) 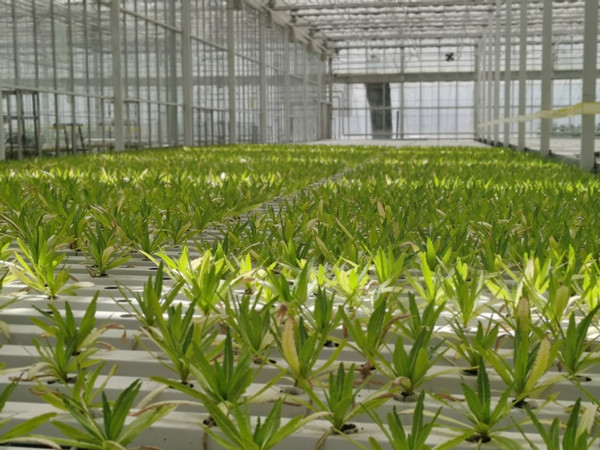 Vegetables grow without soil in an automated greenhouse in Yongji county of Jilin city, Jilin province. [Photo provided to chinadaily.com.cn]

Because temperatures in Northeast China are low in the spring, farmers in Yongji county of Jilin city, Jilin province, have introduced techniques for growing vegetables in an automated greenhouse. Instead of traditional cultivation, vegetables — such as cucumbers, peppers and tomatoes — are grown through soilless culture technology.

Using the technology, farmers can realize uninterrupted production of various crops throughout the year. Last year, the greenhouse produced 600 metric tons of vegetables, with an output value of more than 12 million yuan.