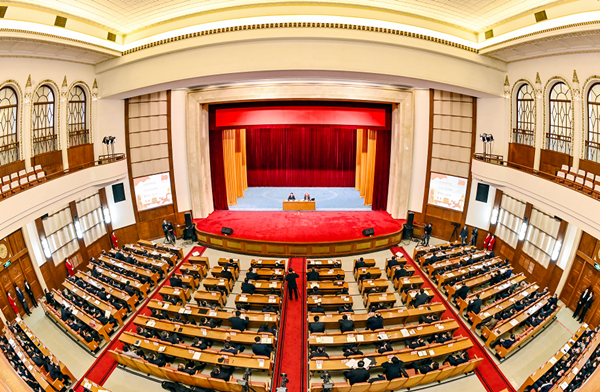 An event promoting the study and education of Party history is held in Changchun, Jilin province, on March 30. [Photo/Jilin Radio and Television Station]

An event promoting the study and education of Party history was held in Changchun, Northeast China's Jilin province, on March 30, according to local media reports.

Liu Jianhui, former deputy education director of the Party School of the Central Committee of CPC, gave a lecture at the event.

Liu explained the great significance of studying and learning Party history, reviewed the brilliant achievements of the Party in uniting and leading the people over the past century, and outlined the main content that must be studied, and the key tasks that must be undertaken, when learning about Party history.